Select your flight to view pricing. Set the quantity to indicate number of persons for your flight. Up to 10 people for the C-47 Skytrain and 1 person for P-51 Mustang. 1 hour

Our C-47 Skytrain served in the armed forces of a number of countries throughout its 58 year military career. Not until it was acquired by the Museum in 2003, did she receive a civilian registration. Now this aircraft continues to delight Museum visitors as a flyable exhibit. “What’s Up Doc?”, painted complete with original nose art and invasion stripes is a flying tribute to the men and machines used to kick off the June, 6 1944 D-Day invasion. 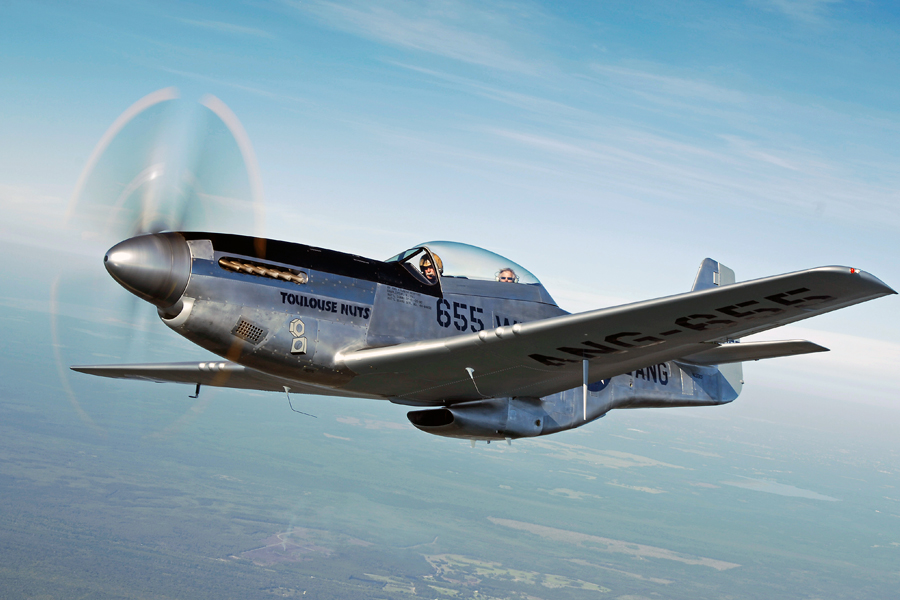 Being one of the most iconic fighter aircraft of WWII, the P-51 Mustang saw service in virtually every theater of the war. It was however the famed Tuskegee Airmen of the 332 Fighter Group that added their special touch by turning a select group of aircraft into the now famed “Red Tails”. Our P-51D “Bunny” pays homage to those brave men by giving its modern day riders the look, feel, sound and smell of those days of dogfights in the skies of Europe.  Bunny is dedicated to famed Tuskegee Airman Lt. Col. Bob Friend.

There are no reviews yet.

Be the first to review “Warbird Ride” Cancel reply